Poncho Pondering: Why Alpaca Is The Best 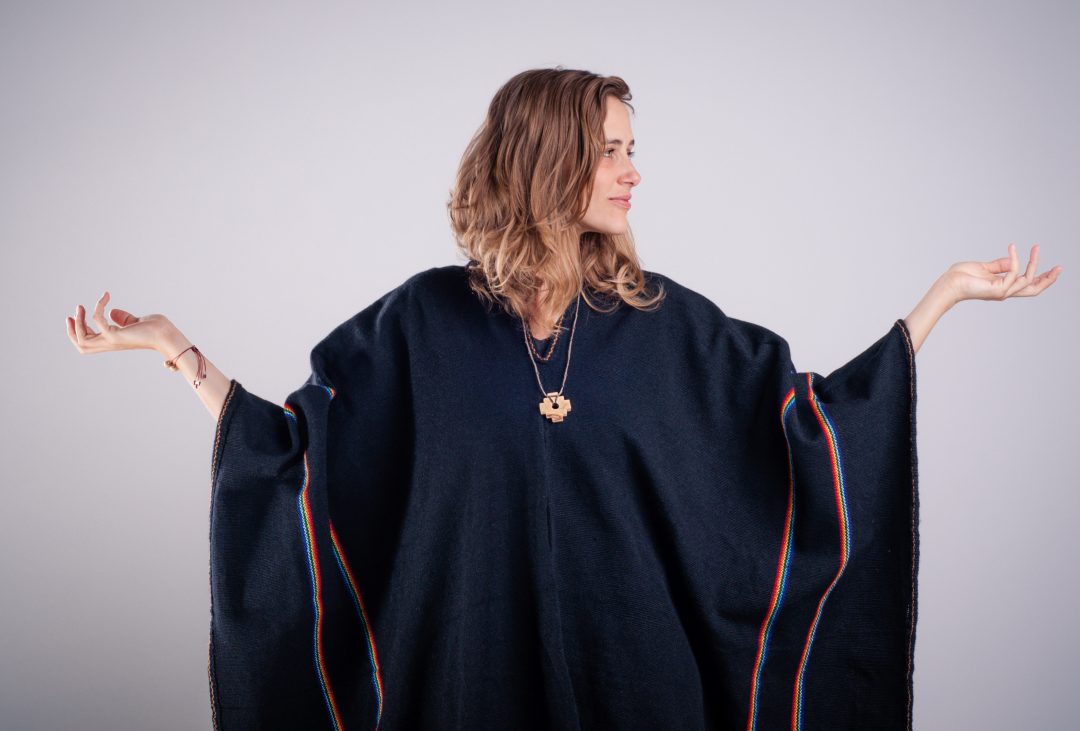 Alpaca:  Gift of the Gods

The next time you sink into the luxurious folds of an alpaca poncho during the cooler in-between-seasons, let your mind wander to the role this storied animal played in the unfolding history of the early peoples of Heart Island, another name for South America. Stronger, lighter, warmer, suppler and more resilient than sheep’s wool, ponchos made from alpaca are a product with a past and a pedigree. A quality fabric with superb hand and drape, it is smooth, silky feeling and soft to touch. Even ponchos of alpaca blends take on these qualities. The ancient Inca knew this and reserved this fine fleece for their resplendent royal robes. And some believed the Inca may have been the first to wear a poncho-like garment woven from alpaca fibers. 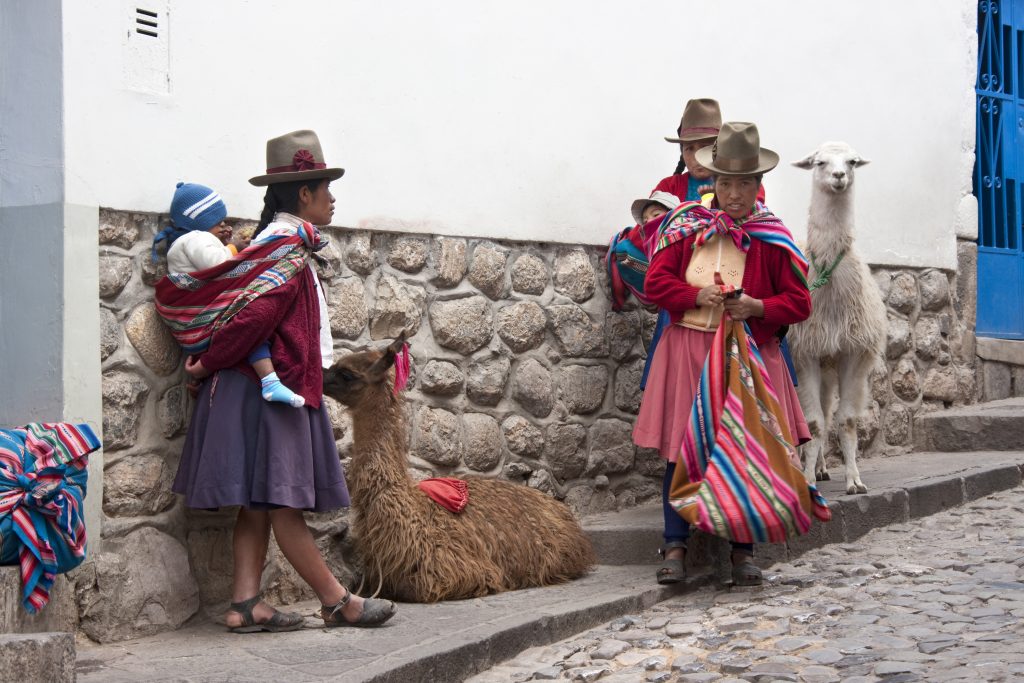 Peruvian women with children in the city of Cuzco in Peru, South America.

Home on the Plane

The people of the Incan empire raised and revered alpaca and had a strong economic and cultural connection to them. According to Inca Alpaca, even before the Roman Empire, the area around Cusco had practices of selective alpaca breeding. Some say those alpaca may have had even better fleeces than the finest alpaca today. “The alpaca … was seen by the Spaniards as a competitor for grazing lands for their sheep (yes they brought their own livestock!) … and was slaughtered almost to the point of extinction.” The survivors of the Spanish takeover were exiled to the highest parts of the Andes. Some say the Quechua, Aymara and Inca outsmarted the Spaniards by hiding some of their alpaca in the remote altiplanos. Today in their South American homeland, where camelids are plentiful, alpaca can be spotted dotting the Andean altiplanos, grazing in Southern Peru, Western Bolivia, Ecuador, and Northern Chile at altitudes far above sea level, a tribute to their ability to survive harsh climates and thrive under the loving care given by their humans.

Ceremony for the Alpaca

Legend has it that alpaca were loaned to humans, to live on earth for only as long as they were properly cared for and respected. Alpaca were gifted on the highest place in Peru, Ausangate. In fact, so precious are alpaca to this day, each February, the pastoral communities of the Ausangate plateau host a ceremony in the district Carhuayo, a name roughly translating to “depository of alpaca and llamas.” This ceremony is known as alpaca ch’uchay. A despacho is offered to please the mountain deity, or Apu, (or Pachamama) and express thanks for the fertility and health of the alpaca herd. 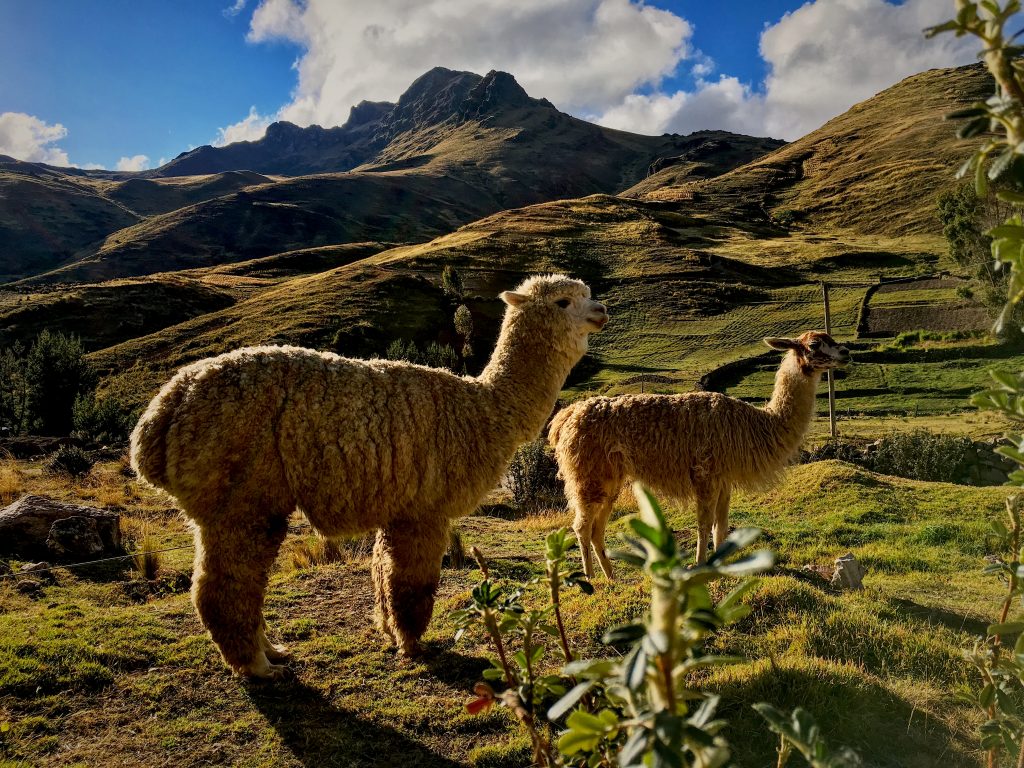 Will Never Be a Beast of Burden

Smaller than their well-known llama cousins, alpaca are not used pack as animals, but are specifically bred for fiber. Unlike sheep’s wool, the alpaca coat contains no lanolin which can repel water and protect skin. So why is the lack of lanolin considered a plus? One reason is that lanolin is considered a common allergen, so pure alpaca fabric garments are considered hypoallergenic and less prickly against the skin. Alpaca fleece is ready to spin after only a nominal cleaning, and easier to convert from its raw state into fibers without extensive processing. Alpaca are born with coats in about 22 natural shades. Because of the ability to accept natural and other dyes, alpaca yarn is a favorite of cottage industry textile artists, such as spinners, weavers, knitters and of those in commercial industries too. It is a popular fabric of today’s ponchos and there are good reasons why the poncho style has lasted.

Pachamama knew what she was doing by gifting the alpaca to humans. The raising of alpaca is eco- friendly and sustainable. The animals are humanely sheared annually, producing between 5 to 10 pounds of fleece for about 20 years per animal. According to AlpacaCulture.com, Alpaca eat grass or hay, about 2 pounds per 125 pounds of body weight per day. Alpaca are healthy grazers; eating native grass and they don’t pull up plants by the roots, keeping soil intact, decreasing erosion. being light-weight means they don’t compress the soil as much as cattle. They consume less water as a percentage of body weight per day than cattle. Because they lack hooves, they step softly on their pasture land with pads under their two toes and toenails, so they disrupt soil far less than other grazers and thus create less erosion and runoff. Breeders can comfortably herd 2-8 alpaca on one acre of land. Another little-known fact, alpaca always poop in communal dung piles, making for cleaner pasture and easy pickings for fertilizer. 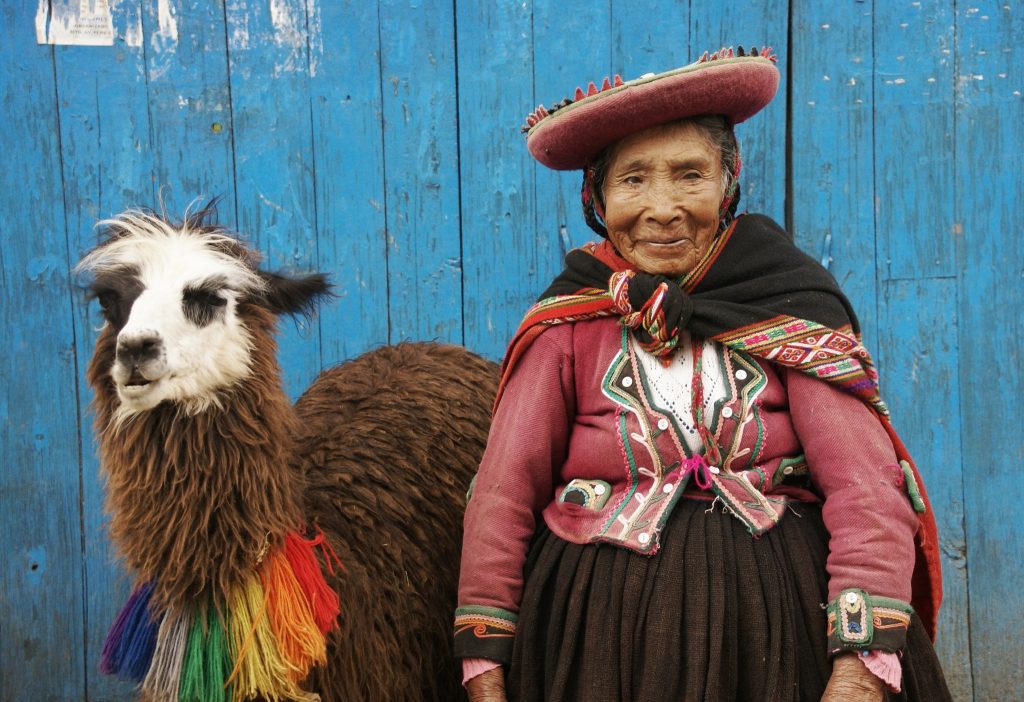 For some, the alpaca, along with the llama, are considered tutelary animals of supreme service and sacrifice. They give freely of themselves to humans, sacrificing their fleece, bones, meat and dung (for fuel or fertilizer). They are called upon as animal allies during soul healing and harmonizing. ceremonies.  Not only that, they are insufferably cute. When you slip a fine alpaca poncho over your head, consider this:  you are wearing a more than a traditional wrap which has been reinvented and restyled over centuries. No, imagine you are wearing a hint of history, an energy of endurance, a renewable resource, some soul soothing spirit and a gift of the gods.

For a proper poncho fit, see How we Measure our Ponchos http://blog.shamansmarket.com/how-we-measure-our-ponchos/ 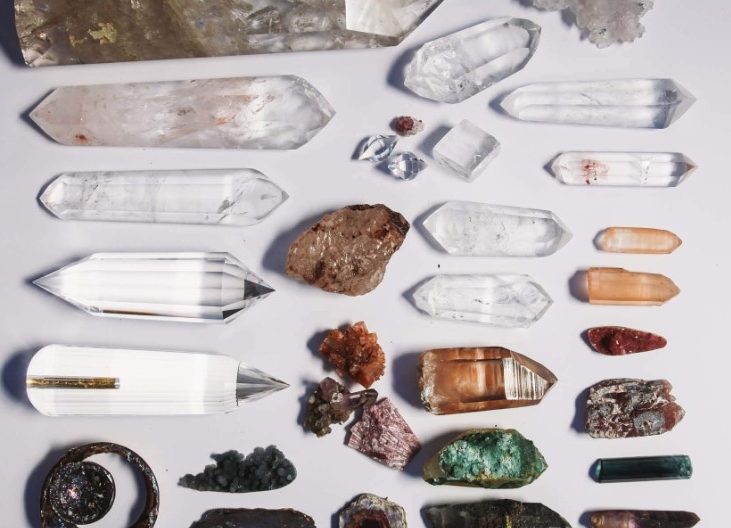 THE 101 ON PERUVIAN STONES & CRYSTALS 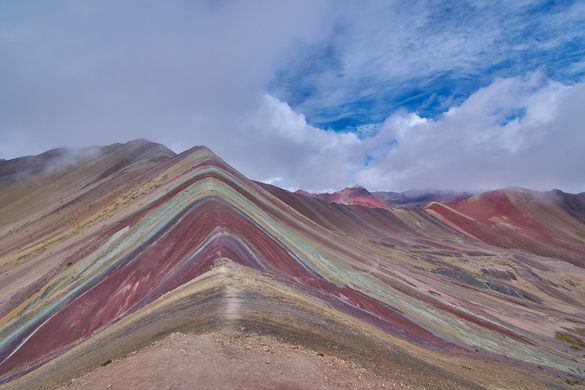 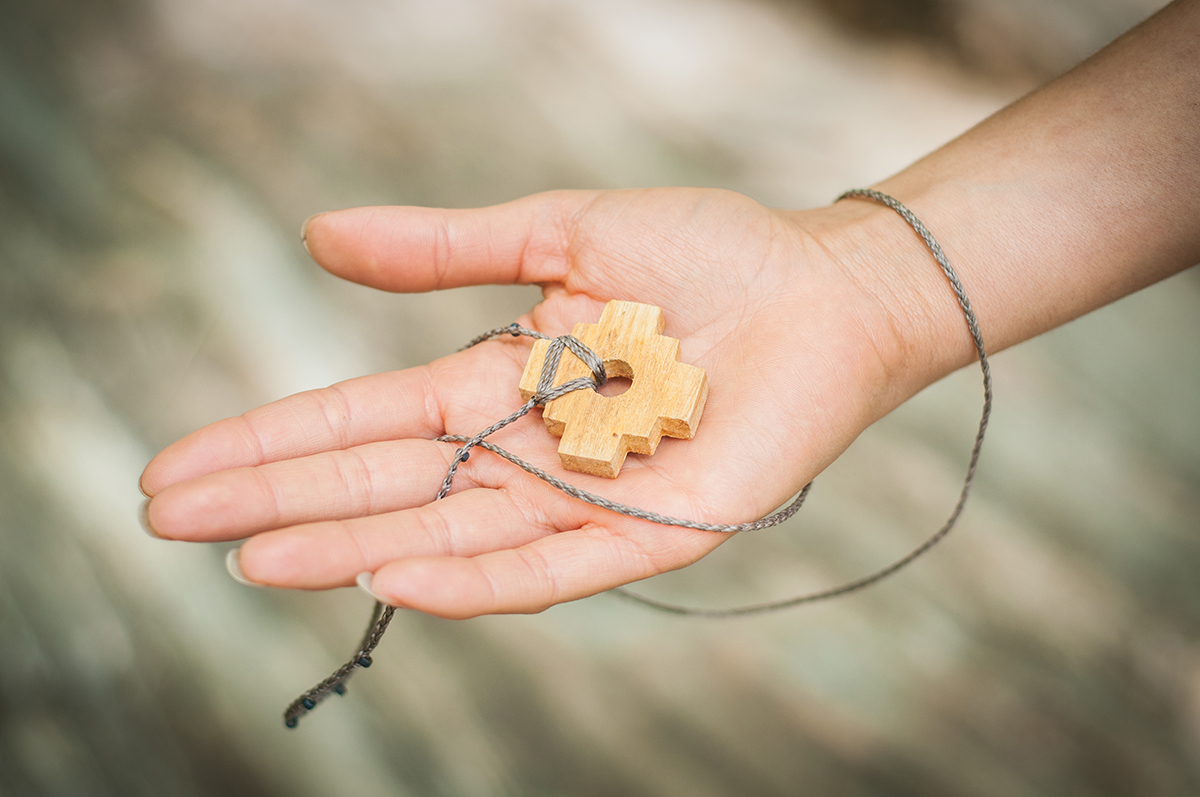 New: The Jewelry of Hypknotica